Does God Love Me? – Promote Yourself

He suffered and He died for you,

An agonising death on a ‘cross’

Tortured and crucified for you,

To save the sick, the lonely and the lost.

Black hearted Pilate washed his hands in a dish of delph,

It could have been in blood as much as in water.

He may as well have nailed Jesus to the cross himself,

For it was he who gave the fatal order.

They surrounded Him in the dark of night,

The crowds milled expecting a fight,

But Jesus said, “It is I you seek, let the others go”.

On His Head a crown of black thorns they did add,

Their tips dipped in a deadly poison;

A practice that could drive ordinary men mad,

As the Blood of Christ turned those tips to crimson.

The mass of bleeding tissue was revealed,

Strips of skin were torn and peeled,

But not even once did Jesus complain.

They mocked and insulted,

They ripped the cloak from blood congealed;

They pierced His Hands and His feet,

When they nailed Him to that cross,

They nailed our sickness and our sin;

They nailed your pain and your loss,

So you would learn the Kingdom  of God is within.

His friends who loved Him looked up and cried,

The sky darkened and clouds gathered as if nightfall;

When Jesus looked down at the mob, just before He died,

His Heart of Love still forgave them all.

He had created the very wood and also the nails,

And even the merciless men who drove them through;

Despite the leather whip with it’s leaded tails,

He pleaded, “Forgive them Father; they know not what they do”.

They took Him from the cross and gave Him to His Mother,

She cradled and she held this Blessed Fruit of her womb;

She cried for her baby that once she lay in a manger,

But now she prepared to lay her baby in a tomb.

And Mary’s pierced heart was healed;

She screamed with Joy as the tomb was opened,

Jesus had defeated death, to all it was revealed.

He had endured and He had triumphed, this story is true,

How He dispelled darkness with the light of love that day;

And He would suffer it all over again, even if for only you,

So that you too can live again in a most abundant way.

Who is this faithful man who now holds out His Hand?

This man who is always honest, always true.

Who speaks to pain and misery and it’s forever banned,

He is the one who will never leave or forsake you.

You may not know Him yet but He knew you before you were born,

He knows everything about you, your strength and your fragilities;

He loved you in the womb, before you were even formed,

And He will love you forever, and through all eternities.

Thank you for ‘following’ and ‘liking’ my posts.  The professionalism exhibited on your site makes me blush but motivates me to try harder.

I love your poetry corner and would like to occasionally contribute and learn. I did the water poetry solely because of the week that is in it (World Water Day) and wasn’t intending on writing any more. However your site has inspired me to “try again”, having dabbled a year ago then couldn’t find/make time.

You have an interesting feature on “Love Poems”. Here is a Love Poem that fits the current season of LENT. (I’m currently working on a scriptural blog, separately).

Comments Off on Does God Love Me? – Promote Yourself

The Poem – Promote Yourself 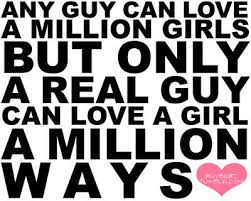 A million girls have crossed my eye

But I didn’t let you pass, know why?

The endorphins kicked up in delight

To witness the moment of my life

Muting even the sound of thought

I stared at you, my life, future wife

Skipping beats as if it were worth not

Knowing it would need all the luck

To survive that heart freezing smile

And the tormenting divine lip-lick

The two that you do all the while

The roses haven’t reached your hand

The three words haven’t yet been spelt

For the lack of a Disney dream land

And partly for fears I’ve never before dealt

If you happen to smile back at me

Won’t I wake up at midnight, again?

Or if the worse were assumed to be,

Will I ever sleep again with that pain?

Hope one day I’ll see the end of this

However far, whatever I take for it

The emotion of loss or eternal bliss

That comes with my love only too legit

Comments Off on The Poem – Promote Yourself

I know
They are here, they
Can’t be Too far
I knew
Where they were
Yesterday I could have sworn
I usually
Keep better track, find Easily,
Collect A few here and there
Hold tight To the numbers
They never let me down, today
My grip is lose, dreamy
Thoughts cluttering
My usually tidy mind
Adding moisture To the line, clouding
How strapped, I am For time
Honestly It feels so good
To have a couple of toes over
The line
To relax In a moment
Eat a little later, enjoy
Books a little longer, write
Until there are no more
Words flowing
The morning
Another story,
I am not ready
For it all to start
The pressure
Gathering
So many minutes,
keeping
The flow
Of it all on par
A deep breath,
Just One more
My feet must
Head to the floor
These precious minutes
Spent either way, challenge
As I see it, recognizing when
In the midst of it all,
I choose
To collect minutes
No matter what,
Feeding
The result
On time
In bed
Food on the table
Homework done
To school
Wake up
Is this real,
More Important
Time to laugh
Tears
Clean up again and again
One more story
One more song
A hug in the middle of the sidewalk
Just because
Dance party
Sharing chores
Reminding us to look up
Each one taking A minute, at least
Longer than expected
Which is okay, it is
As long as I am not rushing
The rest of the day, trying
To make up that minute
The minute is already spent, no need
To find more, lost time
No They are now used up
Exactly What they are here for
Written By: Carrie Browne
I am new to this beautiful outlet of poetry. I stay home with my two wild boys and enjoy living in the outdoors when ever I get the chance. You can view more of my writing and photographs at The Shady Tree http://theshadytree.wordpress.com/

Comments Off on Five Minutes – Promote Yourself

Why Are We Here? – Promote Yourself

Have you ever wondered where we came from?

What is the purpose of our being?

Why do we all have to experience this life?

Of the terrible things we are seeing

I feel we are all on a  spiritual journey

Being subjected to trials and tribulations

Being tested by many, many,  obstacles

Being placed in difficult situations

Who ever or what ever placed us  here

Must be part of their master plan

Because we are all on a spiritual journey

So we all must do the best we can

I don’t know how long we all  will journey

And how long we have travelled so far

But I know one day will find the answer

As we are drawn back to that spiritual star

Everyone possess that spiritual  energy

Given to each and every one of us at birth

That spirituality will always be with us

Until the day we are all re-called from this earth

Comments Off on Why Are We Here? – Promote Yourself

I live in Breads – Promote Yourself

Every morning
With our head raised to glory
The smell of the bread
Alarms our mind to call of duty
We gain the famous thought
Of every household
Gathered in our neighbourhood
Of the bread growing from
Our teeth, no less our nose
Our farm
No expectation less
For its the engine room
Where we test the tests
I charge the flames
With the beating chest
Of the precious mine
Spurning diamonds at our feet
The bread
Our proud heritage
Where we fuel
The inner mind of our friends

Hi friends! Kindly join me at twocatholicfriends.wordpress.com. Together, let us jump into the ocean of my ink.

Comments Off on I live in Breads – Promote Yourself