Cigarette Can Dream” – Promote Yourself

There’s a lake here,
just outside the veranda
hovering above the entrance.
On these chilled evenings,
when the craving
to escape this confined space
pursues me without remorse,
I walk to the edge of the water,
lighting a cigarette
under voyeuristic stars,
and glance down the walkway
looking for your hooded veil.
It’s a fantasy
that burns away
in little time
as the pause between dreams
acquiesces to the dim reality
of your absence.
I still believe in love…
clinging to ours
as my hand shies gently
toward the grass beneath
aching to find yours.
Something breaks within…
slowly I go back to work
always hoping for some sign
of your strolling silhouette.
Hoping…never expecting.
http://randompoemswithnohome.wordpress.com/2014/11/29/a-cigarette-can-dream/

WHAT IS DEATH? -Promote Yourself

one journeys through life stumbling – blind,

Never knowing what he may find;

He seeks for himself a place in the sun,

But much to his sorrow often finds none.

He asks himself what life is about,

What will happen when his flame flickers out?

Will he have the courage to face the day – –

The day he knows he must go his way,

And leave the world behind?

What will he find?

Will he miss the life he had here on earth?

For then he will know what his life was worth,

Is death really the end of living,

Or for some, is it just the beginning?

Comments Off on WHAT IS DEATH? -Promote Yourself

As you lay your head upon my chest
and gently fall asleep,
I cannot help but hold you tight
and feel a sense of peace.
Such tiny features
so beautifully created,
I cannot fathom how your life
could ever be debated.
You bring immense joy
into a world full of pain—
a shining light,
growing brighter every day.
A gift from God,
you bring hope into my life,
teaching me how to have faith
and to let go of strife.
In this depraved world
you outshine the rest,
possessing what most have lost:
God’s blessing of pure innocence.
Lauren Heiligenthal
http://aletheiaword.wordpress.com/

The Truth the Dead Know by Anne Sexton – YOUR FAVOURITE POEM

Anne Sexton was a model who became a confessional poet, writing about intimate aspects of her life, after her doctor suggested that she take up poetry as a form of therapy. She studied under Robert Lowell at Boston University, where Sylvia Plath was one of her classmates. Sexton won the Pulitzer Prize for Poetry in 1967, but later committed suicide via carbon monoxide poisoning. Topics she covered in her poems included adultery, , despair and suicide.

The Truth the Dead Know
by Anne Sexton

Gone, I say and walk from church,
refusing the stiff procession to the grave,
letting the dead ride alone in the hearse.
It is June. I am tired of being brave.

We drive to the Cape. I cultivate
myself where the sun gutters from the sky,
where the sea swings in like an iron gate
and we touch. In another country people die.

My darling, the wind falls in like stones
from the whitehearted water and when we touch
we enter touch entirely. No one’s alone.
Men kill for this, or for as much.

And what of the dead? They lie without shoes
in the stone boats. They are more like stone
than the sea would be if it stopped. They refuse
to be blessed, throat, eye and knucklebone.

YOUR FAVOURITE POEM SENT IN BY YOU WHAT’S YOUR’S?

I Believe In Santa Claus -Promote Yourself 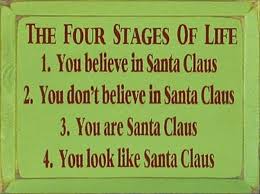 THE RETAIL FESTIVAL – Promote Yourself 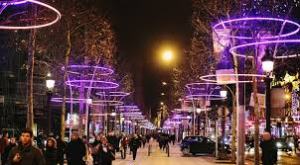 Celebrate Christmas? Of course we should
Yet let us break the trend
Rather than buy a material gift
Present yourself just as a friend

And the Bad Poets – Promote Yourself 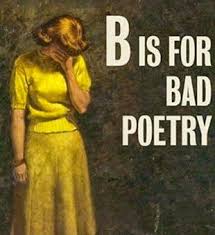 because we’re all made of stars.

son of a bitch.

Only a brilliant genius

could turn the stars ugly.