RSS Feed
← You Don’t Expect
Your First Day – Promote Yourself → 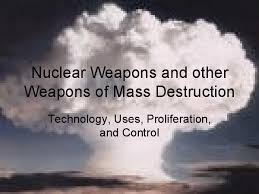 Why are we so selective in our concerns?
Why invade Iraq and still ignore Zimbabwe
Are some peoples of the world more important?
Or is it just a matter of expediency
Were we so concerned about the people of Iraq ?
Did Saddam Husains dictatorship present
a danger to you and me
Was there an hidden agenda in our concern
Or does Zimbabwe have no effect on our economy
There really must be a reason for this difference in approach
When we action one concern and ignore the other
But there can never be any real justification
To deal with one concern and ignore another
We were told that Iraq had weapons of mass destruction
And that this was a threat to our national security
Before it could be proven Iraq was invaded
Which made many question the Prime Ministers honesty
We know for certain what is happening in Zimbabwe
That many are suffering because of the dictators actions
What is our response as the tragedy unfolds
The United Nations threatens them with sanctions
It is time for us to take a uniform approach
And to come to the aid of every nation in need
For whilst we have areas of discontent
We have something on which terrorism can feed
by Ron Martin

I am an author writer publisher web administrator I run poetry workshops in the community. My published Manners childrens poetry book can be found at www.waterstones.com
View all posts by poetreecreations »
← You Don’t Expect
Your First Day – Promote Yourself →